You are here: Home1 / projects | проекты2 / Have you eaten caviar lately? 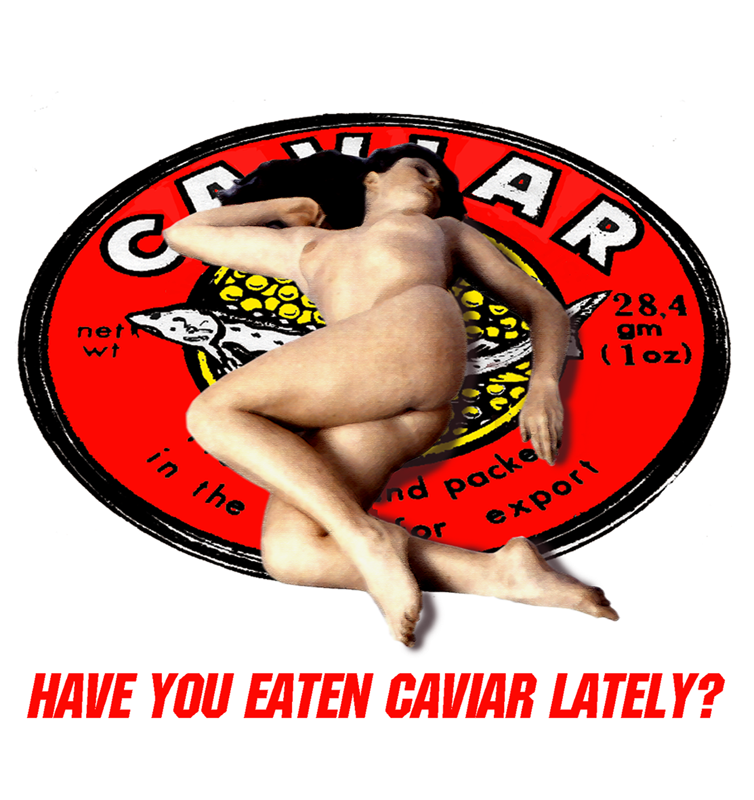 Having returned to Moscow after many years (of absence), I saw the Pushkin Monument facing a McDonald’s and large Coca-Cola Sign.
A. Kosolapov

In order to become object of consumption, the object must become a sign.
Jean Baudrillard

The downfall of communism caused Russia to lose its ideology and, consequently, its representation via signs and symbols. The stream of Western (mainly American) consumerism-based iconography rushed into the ensuing emptiness. Russia proved defenseless against such an invasion.

The project “Have you eaten caviar lately?” is devoted to this issue.

We are witnessing a battle of signs as well a constant change in their meaning. Furthermore, the sign becomes dominant in relation to what it designates via process of incorporating all meanings. One could say that the history of all societies has been the history of struggle for representation. The strategy of representation is a strategy of control. The act of consumption is a disciplinary act. The creation of consumption-based relationships means creating a new form of social control.

The project “Have you eaten caviar lately?” is an attempt to expose and interpret the elements of this premise in connection to today’s Russia.

The project has been created to ironically oppose American “iconagraphy”.

The creator of the project was building upon Warhol’s concept of American consumerism.

Warhol explains the creation of American democratic tradition via the principles of consumption.

“What great about this country is that America started the tradition where the richest consumer buy essentially the same things as the poorest. A Coke is Coke and no amount of money can get you a better Coke then the one the bum on the corner is drinking. All the Cokes are the same and all the Coke are good. Liz Taylor knows it, and you know it.”

Here Coca-Cola is a cheap beverage consumed by everyone, whether rich or poor. In the act of consumption we become: a) equal; b) united. As per Warhol, this is the basis of the American tradition.

Elsewhere in relation to McDonald’s (he writes): “The most beautiful thing is McDonald’s. There is no McDonald’s in Moscow, so there is nothing beautiful there”. Warhol is a romantic herald of American consumerism who links the ideas of beauty end equality to consumption. Interestingly, consumption gains the status of supreme form of social value.

The project “Caviar” is clearly ironic in respect to Warhol’s “romantic notion”. The consumption of caviar cannot be basis for a democratic tradition but rather of an authoritarian one (caviar is expensive; the destitute do not eat caviar, but the president does).

However, whereas Warhol’s concepts of democracy could be related to Protestantism, the project “Caviar” – on the contrary – can be linked to the authoritarian orthodox tradition. Hence the sign of icon and a sign of temple. The installation “Caviar” combine the mystery of temple and the clean design of shapig mall.

Whereas Coca-Cola is libido indifferent, the “Caviar” (germ cells) is libido-charged. Hence the libidinal impact of the signs: texture of caviar, caviar pin-up girls,water, bathing suits. It the context of today’s Russia, the project reveals the connection between the revival of Russian national (orthodox) religious symbols (signs) and the strategy of consumption.

The catch-phrase “Have you eaten caviar lately?” imitates catch-phrases of corporate advertising, and is actually a rephrased punch line from a serias of Ford commercials: “Have you driven a Ford lately?” 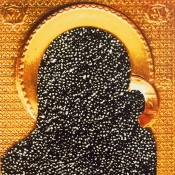 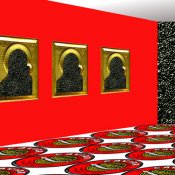 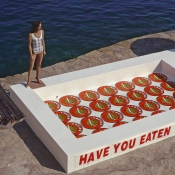 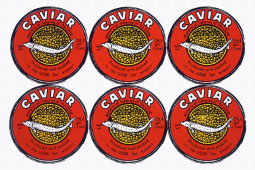